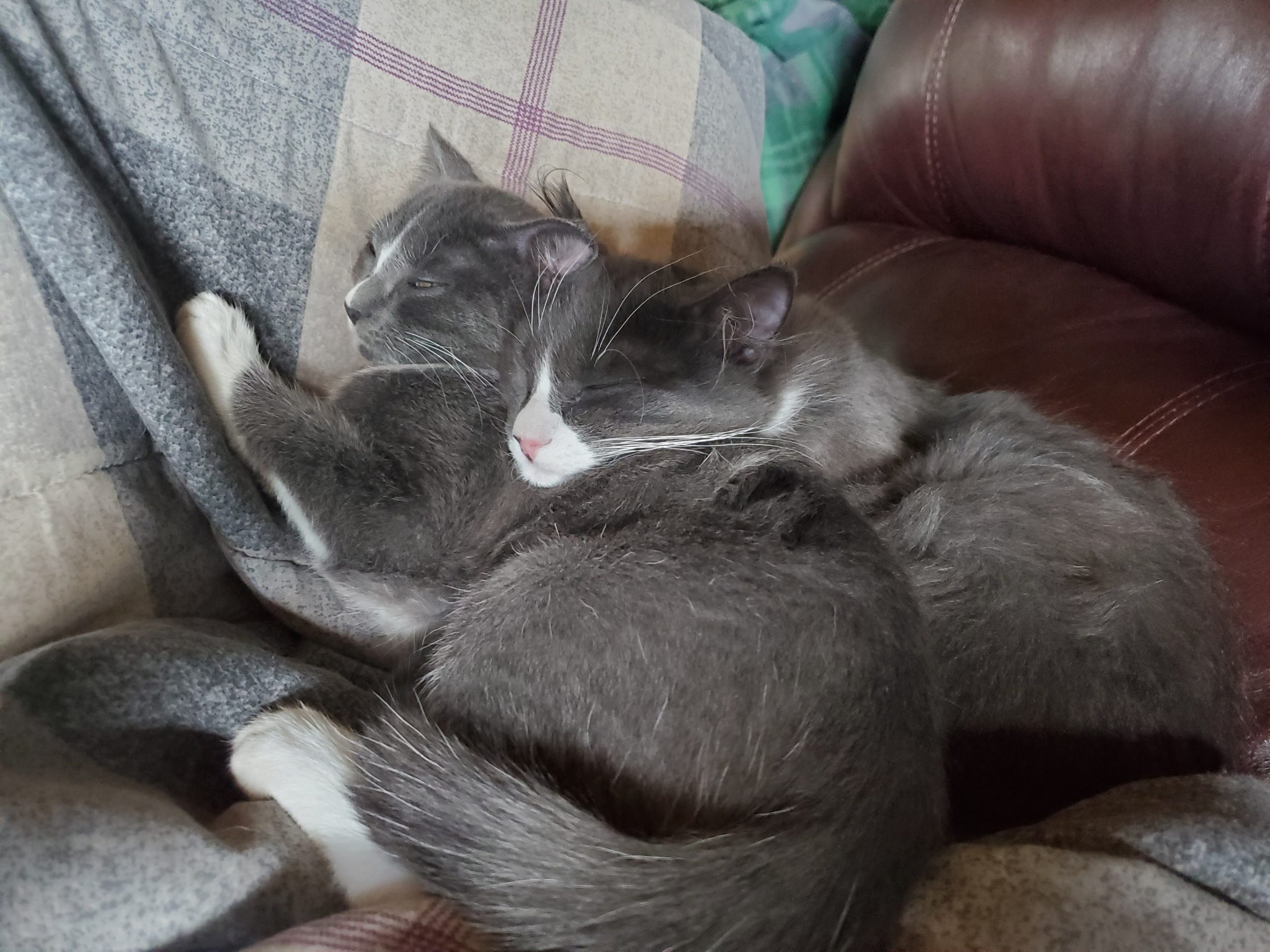 Hawking and Hypatia are feral orphans who were found at 4 weeks old. They’re now 4 1/2 months old and growing like weeds.

Hypatia has the narrower strip of white on her nose and shorter fur. She’s a feisty one who likes to cuddle as long as it’s on her terms.

Hawking is a little fluffier with a white spot on his tail. He’s also significantly larger than his sister now. He really, really likes belly rubs.

Unfortunately it’s hard to get good pictures of them, they’re either sleeping or the picture is blurry.