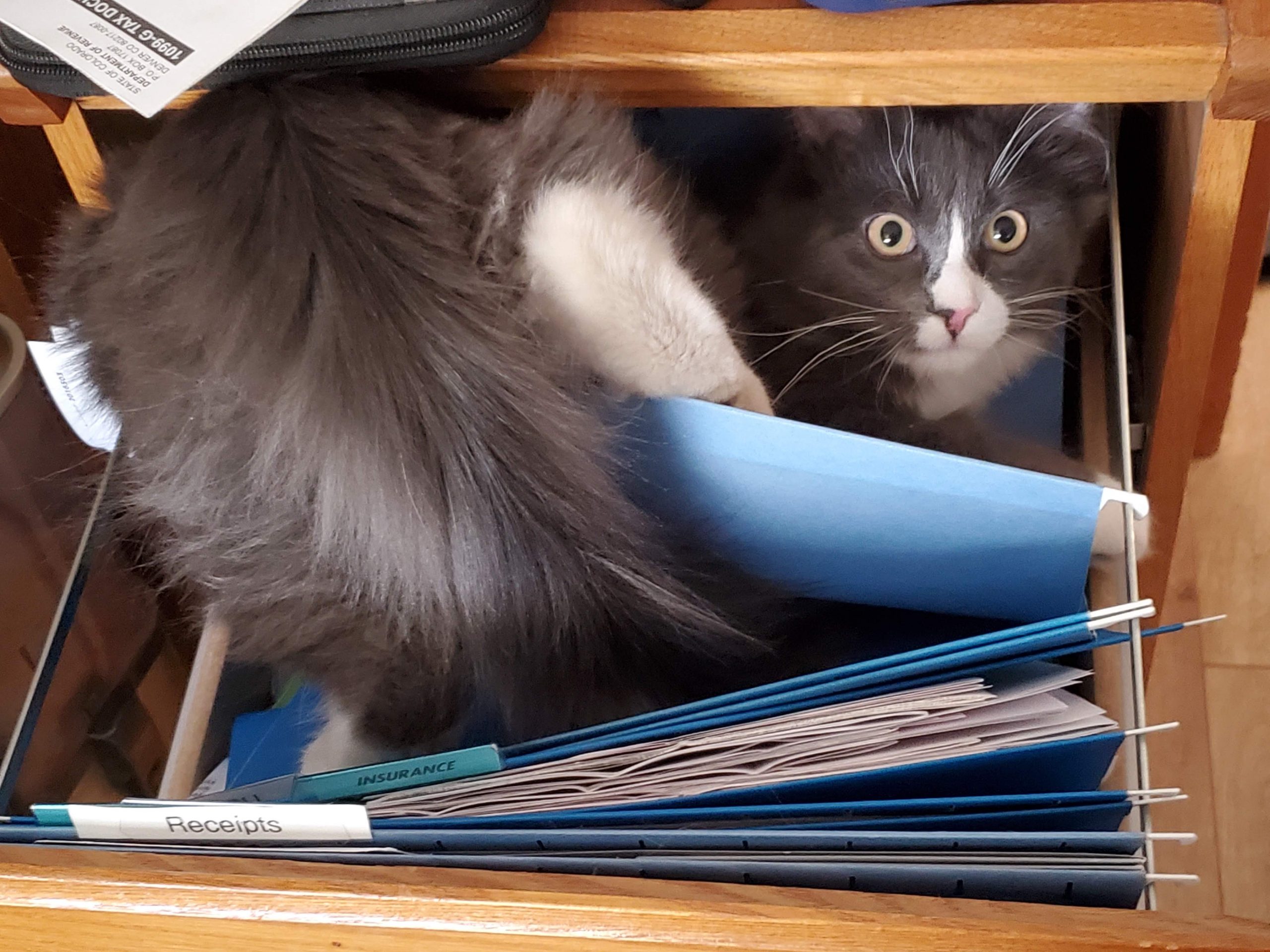 Been a busy, chaotic week but I took a break to do some long overdue filing, and the kittens decided to help.

Hawking went for the inverted position, but apparently he was quite comfortable because he stayed like that for a while.

Hypatia had to get in as well but chose a more traditional vertical pose. She also wouldn’t sit still long enough for me to get a decent picture.

They aren’t quite 6 months old but Hawking is huge compared to his sister, but they’re both growing like weeds and threatening to eat me out of house and home. Better get back to the game and hope it earns enough money to keep feeding them.